Back to Our Work

Northfield Hospital + Clinics (NH+C) was looking for a partner to help them with a major rebranding project. Northfield Hospital had grown from a small community hospital to a regional hospital with multiple clinics. The rapid growth led to separate identities for the hospital and its clinics.

New leadership saw a need to bring everything under one cohesive umbrella with a new professional, updated look. A major part of the rebrand was the signs at every location. NH+C selected Spectrum Sign Systems to help them with this big undertaking.

Spectrum Signs met with NH+C to understand their needs and their goals. There were multiple signs at each of the twelve locations. The current monument signs were too small, and there was no signage on the front of the buildings. The signs on the side of the buildings were difficult to read due to being brown signs on a brown background. They were poorly lit with tiny spotlights, and they were too small to read as traffic sped by. Many people weren’t even sure what was in the buildings.

Since this was a complete rebrand, the old signage needed to be removed and brick walls needed to be patched and painted. If possible, they wanted to reuse the monument bases.

Site survey key to understanding the scope of the project

We conducted site surveys at each of the twelve locations looking for optimal placement and repair work needed. We took into account site lines, utilities, right of way and city ordinances. NH+C’s clinics were located in six different cities so city codes needed to be researched to see what would be allowed. Based on this, we created a sign inventory.

Understanding the needs of NH+C, we went to work creating several sign designs for them to choose from. NH+C’s clinic buildings aren’t your typical clinic looking building. They have very nice architecture so we took this into account as we worked on design mockups.

They ended up selecting monument signs that are a dark bronze which makes the white lettering and the green and cranberry colors of their logo pop. Adding a two step aluminum cap finished in metallic silver, gave it an architectural feature. We were able to give NH+C bigger, more visible monument signs while reusing all of the stone bases. We landmarked the hospital campus with a new 11 ft high monument sign that can be seen from a distance.

For on building signage, we provided illuminated on building letter sets that clearly identified the building as an NH+C clinic. We also added branded signs on as many sides as made sense and city codes allowed. Interior logo displays were also added in many locations.

Spectrum Signs continues to be Northfield Hospital + Clinics sign vendor of choice and has worked on multiple projects throughout the years. 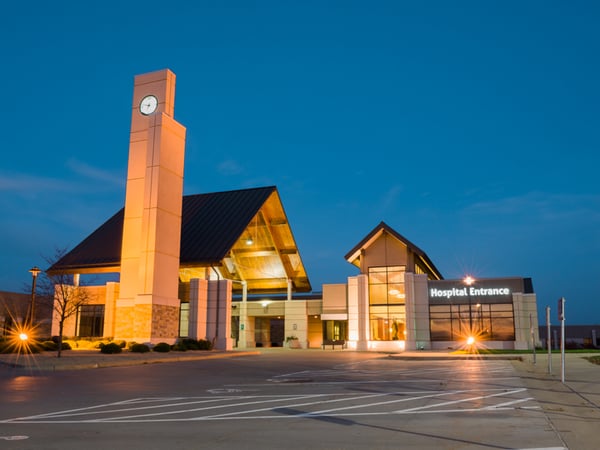 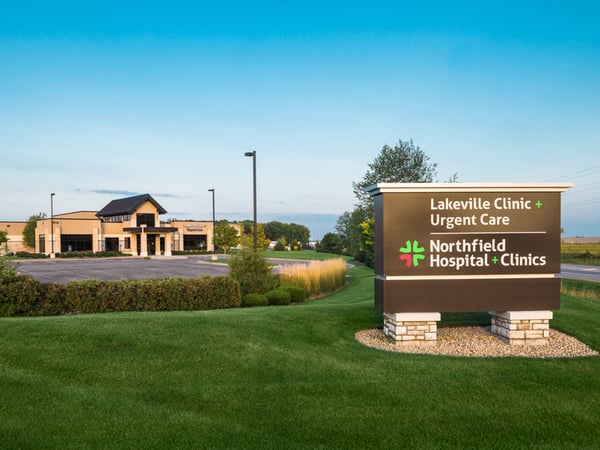 Ready to get started?

Connect with an Expert